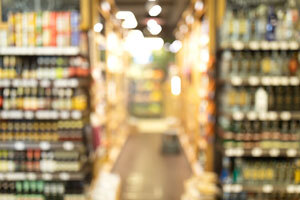 People can meet up, have fun, and drink sensibly in bars, restaurants, and clubs. Some people, unfortunately, don’t know when to stop drinking, so they drink too much. Since alcohol affects their judgment, these drunk people may get behind the wheel of a car and hurt or kill other people on the road. If you were injured by the actions of someone drunk, you may be able to get compensation for your drum shop injury through an experienced South Carolina dram shop injuries lawyer at Marc Brown Law Firm.

South Carolina usually lets people file dram shop claims when a store sold alcohol to someone underage or who was already drunk. The State does not have a particular law about dram shop claims, but it does identify them. Rather, these cases are allowed by decisions that the South Carolina Supreme Court has made in the past.

To become successful in a dram shop injury claim against the business, the person who was hurt must show that the sale of alcohol was a direct cause of the accident and caused the person’s injuries.

What Do The South Carolina Dram Shop Laws Protect?

When a restaurant, bar, tavern, or nightclub serves alcohol to a customer who is underage or already drunk, and that customer then hurts someone or something else because of it, the establishment can be held responsible.

That could include all kinds of car accidents, including ones involving boats, motorcycles, pedestrians, and cyclists. It could also include accidents caused on purpose, such as by violence. South Carolina’s Dram shop laws let people who were hurt by someone who was drunk sue the place that served the person the alcohol that caused the accident or action that injured them.

Damages That Can Be Claimed In A Dram Shop Injury Case

When someone gets hurt in a car accident, they often need more money than what the at-fault driver’s insurance covers. When a business has also been negligent, it should help pay for these costs. In a dram shop case, it may be crucial for an injury lawyer to gather evidence about how a business trains employees, like bar staff and servers, to spot drunk customers and ask for proof of age. If a restaurant, diner, or other business doesn’t take reasonable steps to keep from overserving a customer and that person gets too drunk and causes an accident, the business should be held responsible.

People who are hurt can get money for their pain and suffering as well as their past and future medical bills, cost of rehabilitative care, lost income and decreased ability to make money. Families who lose a loved one in a fatal accident may be able to get money for things like the costs of a funeral, among other things.

In South Carolina, dram shop liability is like other personal injury claims in that most people have three years to file a claim. This time limit also applies to claims of wrongdoing that led to a death.

It can be hard to tell if someone is drunk, especially if they don’t have a breathalyzer with them. Defendants might say that servers at dram shops couldn’t tell if a customer was already drunk before giving them more alcohol. Such claims could be proven false by security footage or the words of witnesses. Records like the customer’s tab may also be helpful since an unusually large amount of drinks would show that the person was too drunk to drive.

The lawyers at Marc Brown Law Firm have been constantly battling for South Carolina residents who have been hurt for a long time. In the time we’ve been helping people who have been hurt and their families, we’ve been able to get millions of dollars in settlements and verdicts for people who needed it. Even though fair compensation won’t change what happened to you, it is a great tool to help you move on. We believe that the best way to serve our society is to work hard, be dedicated, and fight for justice. Contact our South Carolina dram shop injuries lawyer today for more information.