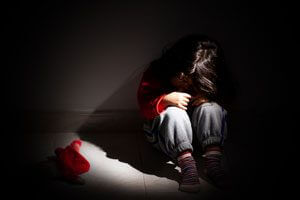 The rate at which sexual assault occurs has fallen by half in the last 20 years. Nonetheless, according to the Rape, Abuse, and Incest National Network (RAINN), every 73 seconds, an American is sexually assaulted! This definitely shows that not only is there a big problem, something urgent has to be done. A Columbia, SC sexual assault lawyer at the Marc Brown Law Firm can help you if you have been involved in a sexual assault.

Regardless of whether the perpetrator is a family member, mentor, teacher, caregiver, or stranger, sexual assault is very wrong and legal actions must be taken to curb it. Victims of sexual assault may go on to suffer damaging mental and emotional scars that may last a lifetime.

At Marc Brown Law Firm, we want to assure you that you are in no way to be blamed for the unfortunate incident. The perpetrator is always to be blamed and you should let them be held liable for their actions. If you or a loved one has been a victim of a sexual assault or violence in Columbia or other communities in South Carolina, get in touch with us today.

Sexual Assault, Abuse, Or Violence As Defined In South Carolina

Sexual assault, as a crime, is also used to cover the offense of sexual abuse. Both terms cover a number of nonconsensual acts that are defined by federal, state, or tribal law. In South Carolina, criminal sexual conduct is categorized in first, second, and third degrees.

As identified by the South Carolina Coalition Against Domestic Violence And Sexual Assault (SCCADVASA), sexual assault is any type of unwanted sexual contact or behavior that occurs without the explicit consent of the recipient. Any act of molestation or unwanted sexual advances will thus be considered sexual assault.

It also covers any other form of child abuse like:

Filing A Suit Against The Perpetrator Of The Sexual Assault

Sexual Assault is a criminal offense in South Carolina. In addition to a criminal suit, a victim of sexual assault or abuse can also initiate a civil lawsuit against the perpetrator of the assault to recover ‘damages’.

Damages in sexual assault cases can cover financial compensation for things such as medical expenses, psychological counseling, emotional distress, time missed from work as a result of the traumatic event, etc. Our Columbia sexual assault lawyer will know how to help you get the rightful amount of compensation you deserve.

Depending on the nature of the assault, an exceptional sexual assault victim lawyer may also be able to get you punitive damages against the perpetrator. This sort of additional damages will be to punish the person who attacked you.

Likewise, other than the perpetrator of the sexual assault or abuse, you may also be able to file a claim against any other party that can be held liable for the incident. For instance, a negligent property owner may be held accountable for not fulfilling due diligence and safety precautions. An employer can also be held liable for not performing a thorough background check on the person who assaulted you.

Knowing these things are very sensitive and detrimental to any individual, Marc Brown Law Firm is well-known in Columbia and other communities in South Carolina, for taking a firm stand against any form of sexual assault and abuse.

If you or a loved one gets abused or assaulted in Columbia, South Carolina, the legal team at Marc Brown Law Firm will stand by you and make sure that you get justice. Don’t wait, contact us today.